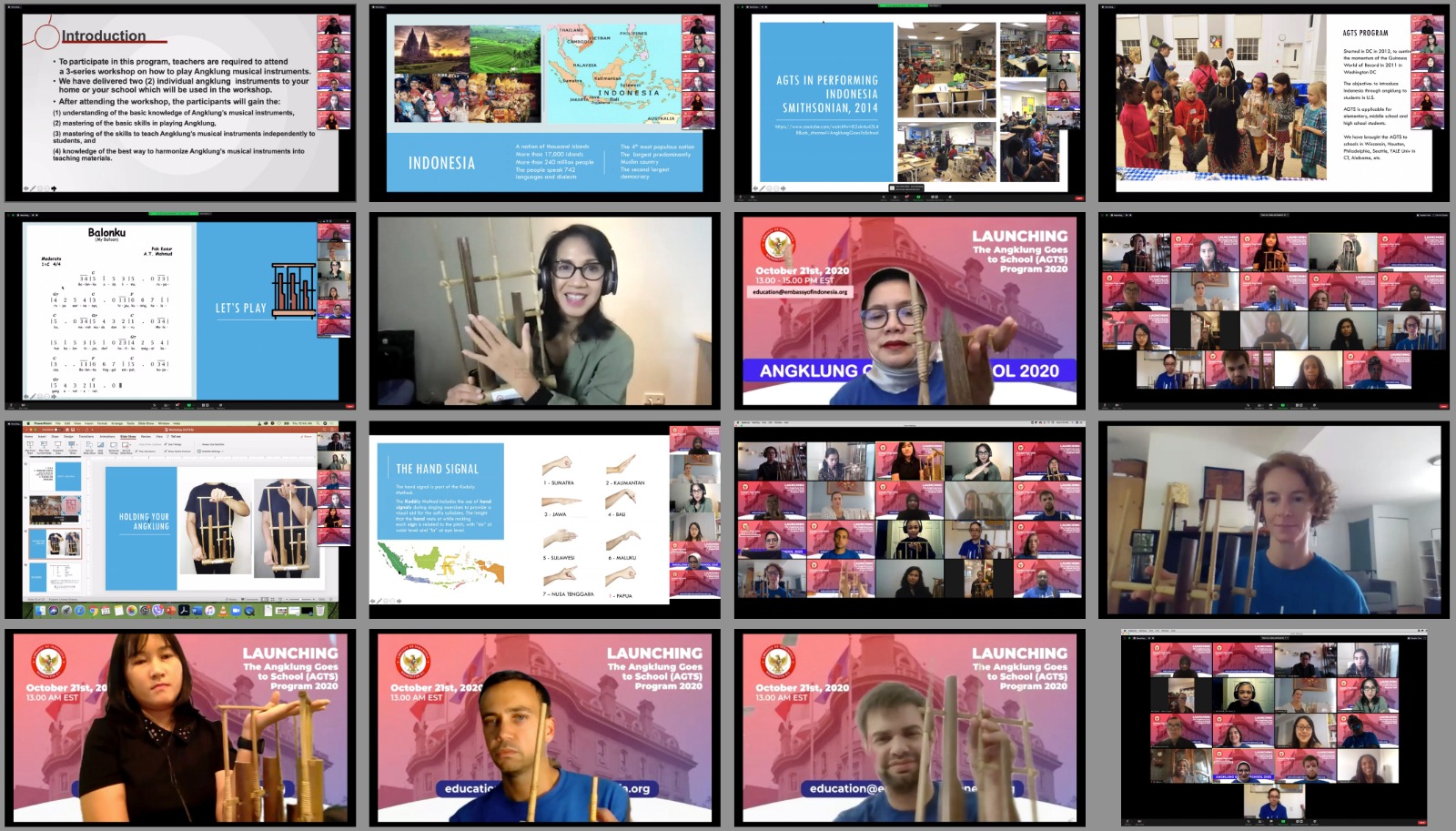 I would like to express my gratitude to all the parties involved, particularly for the collaboration of Angklung Goes to School (“AGTS”) and Angklung Goes to America (“AGTA”) Programs this year which are conducted by the Embassy of Indonesia in cooperation with various schools (elementary school, middle school and high school), universities, organizations, communities and  institutions in the United States.

We invite you all to rejoin this program which will involve more institutions across the United States. We strongly believe through this interactive musical medium, the culture, people and spirit of Indonesia is presented in a fun and educational way, by capturing the spirit of Indonesia’s great diversity and unity by inclusive participation. The AGTS program has reached students in Washington DC, Maryland, Virginia, Wisconsin, Texas, Connecticut, Philadelphia, New Hampshire and Seattle-Washington since its initiation in 2012.

The AGTA and AGTA were established to sustain in enhancing the relationship between Indonesia and the United States in the education and cultural sector, among other sectors. For over seven decades, Indonesia has been putting forward the interest in working with the United States; starting from Indonesia’s firstly established diplomatic relations with the United States on 28th of December 1949 until now, many important milestones have been achieved based on fruitful collaboration between two countries. This has been the agenda for many years and as our priority to put it even more forward.

I would like to congratulate again the team behind the AGTS and AGTA Program, the Angklung Communities and those who have put their efforts into supporting this program in providing the effort to teach, to learn and to play the interactive Angklung instruments.

May AGTA and AGTS Program become a wonderful gift to a long-lasting bilateral relationship between Indonesia and the United States.

The Embassy of the Republic of Indonesia, Washington DC, USA