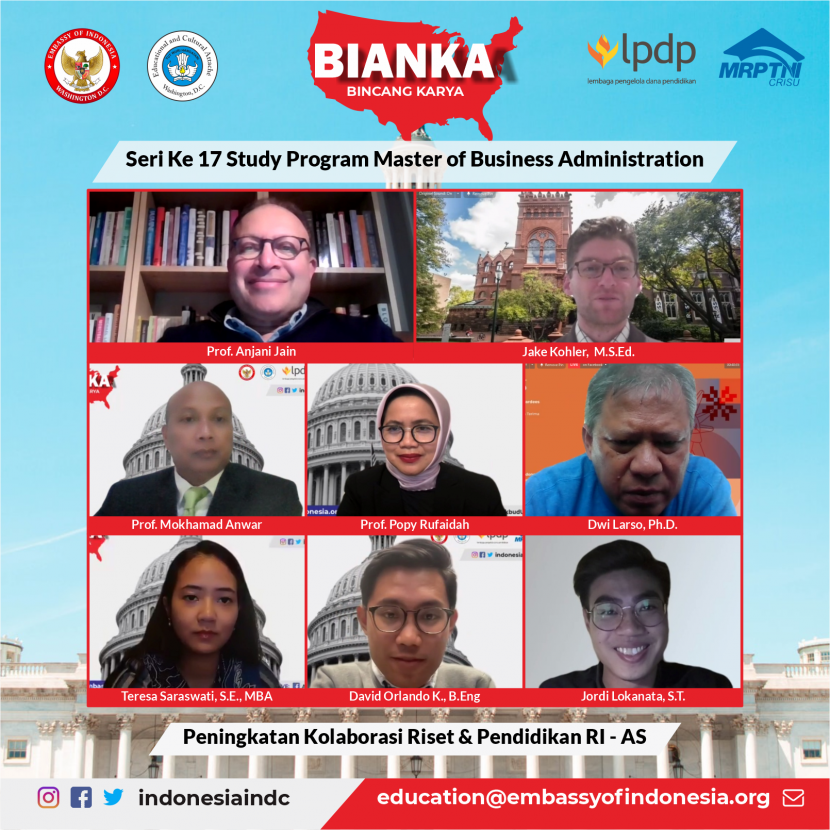 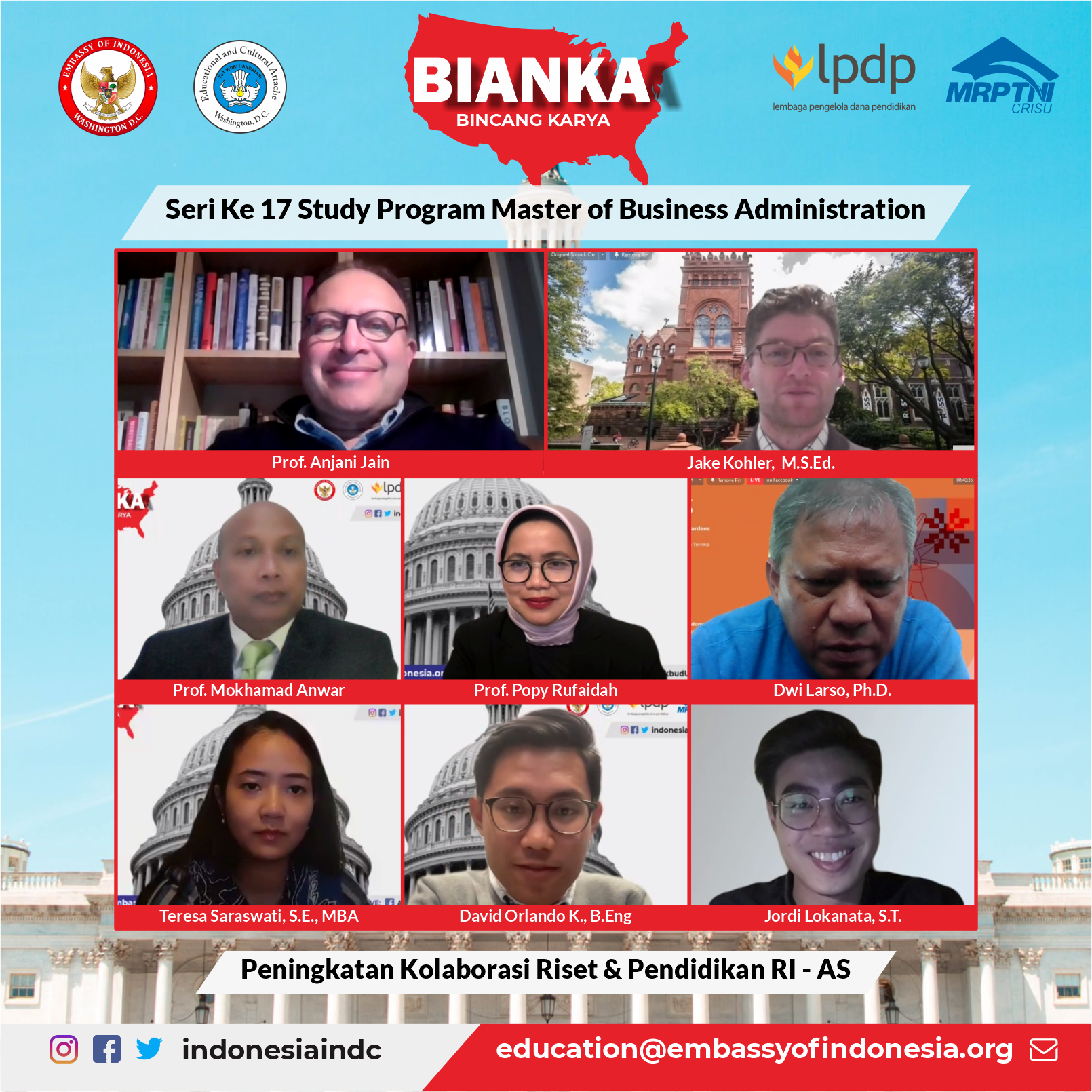 The existence of a global market that is currently taking place requires every country, including Indonesia, to compete to maximize all their capabilities to survive and compete globally. For this reason, the government through the Ministry of Finance continues to be committed to improving Indonesian human resources, especially in the business and management fields through LPDP (Indonesian Endowment Funds for Education) scholarships.

Dwi Larso, Director of LPDP Scholarships, said that Indonesia as a developing country is currently intensively promoting the advancement of its young generation in advancing the economy through the development of the real sector and industry with a combination of rich natural resources, international culture and young educated human resources with an entrepreneurial spirit.

In his remarks, Dwi also said that Indonesia had the opportunity to improve its economic level and be able to compete in the global market. “I encourage our students in the United States to learn about character, mindset, entrepreneurship and business there, not only through discussion of business cases in class, but also through all means of engagement with real entrepreneurs and businesses in real industries.” Said Dwi.

Popy Rufaidah, Educational and Cultural Attaché (Atdikbud) of the Republic of Indonesia in Washington, D.C. expressed her support in efforts to improve the Indonesian human resources in the fields of business and management. This commitment is proved by her consistency in holding the webinar series as an effort to increase interest in studying in the United States through LPDP scholarships.

Attaché Popy also said that in order to support the Merdeka Belajar – Kampus Merdeka program, this webinar series was held regularly every week with various themes. So, it was hoped that the interest preferences for studying in America could increase.

Important information regarding the Master of Business Administration (MBA) program at Yale University was shared by their representative Anjani Jain who is the Deputy Dean for Academic Programs, Yale School of Management.

One of the highlights of the MBA program at this university is their interdisciplinary and integrated curriculum. Anjani said that Yale made integration courses between accounting, operations, finance and business marketing. So that students could study business from many disciplines.

What is also interesting about Yale University is that after students complete compulsory courses, they are allowed to take elective courses outside the faculty. They can take it from any faculty in the university environment.

In addition, Jake also gave a little description of the curriculum at the university. “The compulsory core curriculum and the elective core are the foundation that enables our students, no matter what background they come from or what professional field they may pursue in the future, to have the knowledge and skills necessary to succeed there,” explained Jake, the Director of the Moelis Advance Access Program, Wharton MBA Admissions and Financial Aid.

Three Indonesian students in the United States also participated in the webinar chaired by Mokhamad Anwar, Head of the Master’s Program in Management at Padjadjaran University, by sharing their experiences in taking the MBA program in the US. This included information on how to determine the right university to career opportunities as an MBA graduate from the United States.

Those three presenters shared their reasons for choosing to study MBA in the United States. David, for example, said that he chose America first because he considered the period of study that he thought was sufficient to learn the things he really wanted to learn in the curriculum.

“The reason I chose the first MBA in the United States was because it is a two-year program. Considering the length of the study, I think this is enough to learn the things I want to learn,” he said.

David also added that another thing that made him strong in studying MBA in the US was the integration between the business school and general institutions such as the Yale School of Management and Yale University. “This is important considering that studying business alone is not enough. We also need to study the fields that we will pursue,” he added.

Meanwhile, Jordi shared a few tips on how to choose the right school. According to Jordi, there were at least six criteria that could be used as the basis for the selection, such as areas of school excellence, curriculum, facilities, career experience you want to build, social life and networks after school. “You need to find out the advantages of the school and adjust it to the objectives that you want to achieve from this MBA program,” he said.

Finally, Teresa, who is an alumnus, provided insight from her point of view regarding her career path after graduating from the United States MBA program. According to her, the opportunity for MBA graduates was very large, both in multinational companies and in many companies in Indonesia.

Teresa said, “In business, usually companies will hold recruitment processes on business campuses and mostly in America. But if you want to work for a global company in Indonesia. They also accept a lot of MBA graduates.” Teresa explained.

For information, the recording of the live broadcast of the Bincang Karya (BIANKA) Series-17 webinar can be accessed on the official Facebook page of Atdikbud USA with the link https://bit.ly/fb-watch-bianka17