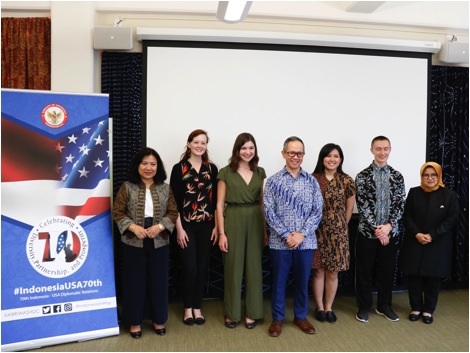 Washington DC, Juni, 2019, The Ambassador of the Republic of Indonesia to the USA, H.E. Mahendra Siregar and Madame Ita Siregar accompanied by the Consul General of Indonesia in Chicago, Ms. Rosmalawati Chalid and their team visited the Indonesian and Javanese program in the Southeast Asian Studies Summer Institute (SEASSI) at the University of Wisconsin-Madison on Friday, June 28, 2019. During the visit, the Ambassador met with the students, teachers, and UW-Madison communities, delivered a remark on Indonesia-US relations, and gave the awards to the winners of the 2019 National Indonesian Speech and Storytelling Competition sponsored by the Embassy and Indonesia’s Ministry of Education and Culture. The Ambassador expressed his delight at the summer program, which is the one and only national program in the USA that teaches Indonesian language and culture intensively. He particularly amazed at the level of proficiency that the students displayed. 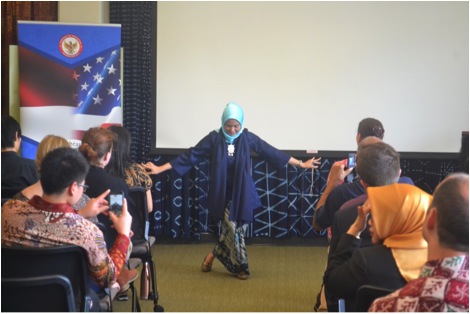 Foto-1 : Welcoming the Ambassador of the Republic of Indonesia to the USA, H.E. Mahendra Siregar – Irma performed the Jaipong Dance

Strong relation from the very beginning

In his remark, Ambassador Mahendra Siregar highlighted Indonesia’s achievements in a number of areas including Indonesia’s highest turnout for voluntary election in the recent general election, the important role of the millennials in the politics, and the active participation of Indonesian women in public services. He expressed his wishes to see more American students learning about Indonesia and more Indonesian students studying in the USA. The event began with introduction to all participants of the language program as well as the recipients of the Indonesia Endowment Fund for Education, known as LPDP, and the Fulbright-RISTEK fellowship. 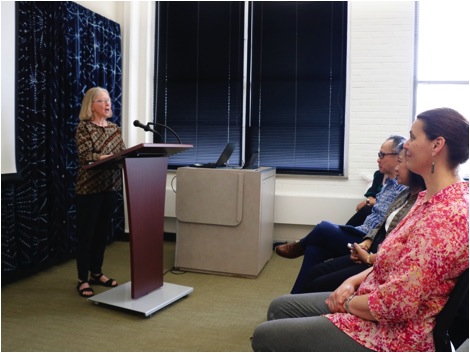 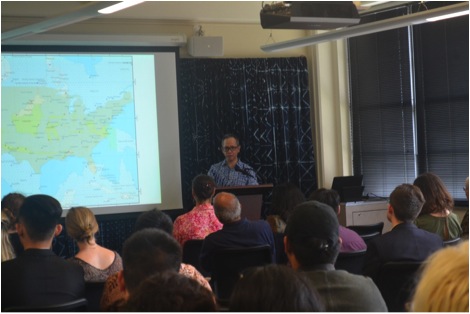 The Ambassador also underlined the 70th anniversary of Indonesia-US diplomatic relations this year. “US-Indonesia relation, if not the highest, close to that,” commented the Ambassador. “We have no specific outstanding issue. Politically we are good. Strategically we are close.” Following the declaration of independence in 1945, Indonesia faced multitude problems as a new independent state. The US played instrumental role in supporting Indonesia’s efforts to get the acknowledgment from the United Nations in 1949. The year of 2019 is “the celebration of strong relation from the very beginning between the US and Indonesia,” affirmed the Ambassador.

Following his remarks, Ambassador Mahendra Siregar had a lively discussion with the students of Indonesian and Javanese program. They come from at least twenty different universities in the US such as Cornell University, Yale University, Georgetown University, Tufts University, University of Michigan, University of Hawai’i, University of Washington, and University of Texas Austin among others. Most of them are the recipients of prominent fellowships such as Foreign Language and Area Studies (FLAS) fellowships from the US Department of Education, the Boren’s Indonesian Flagship Language Initiative (IFLI) funded by the National Security Education Program, and the Project GO scholarship for the ROTC students. 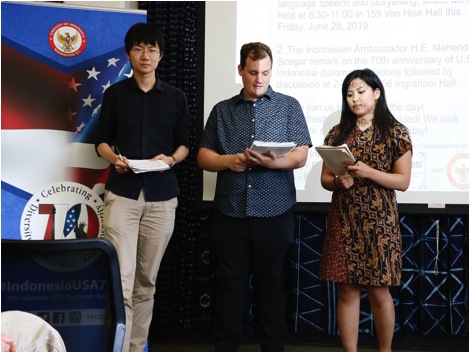 Foto-3 : Students of Indonesian language served as the MCs during the event

The students highly appreciated the Ambassador visit. “I was really appreciative that the Ambassador came to visit UW Madison,” expressed Camille Bismonte of the Georgetown University who just won the Indonesian speech competition. “I would also like to thank the Ambassador for all his advice for following what we want to do, and for being confident in our decisions – as an early twenty-year old, this meant a lot to me.” Meanwhile other student reflected on the relation between his language training and diplomacy. “The event was an excellent opportunity and example of fluid intercultural communication,” said Joshua Lieto, a Ph.D. student from the University of California, Riverside. “The ambassador’s speech inspired me to think more deeply, more concretely, more joyfully about the peaceful diplomatic relationship between our two countries and the possibilities afforded by it.” 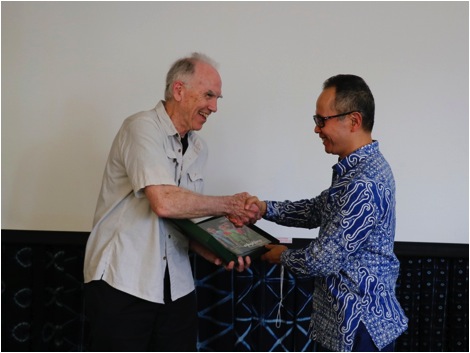 The 2019 National Indonesian Speech and Storytelling Competition featured the themes of diversity and tolerance. There were four finalists competing for the speech category and two for the storytelling category. The students remarkably showed their best performance and impressed the audience including the Ambassador. The competition judges included the Education and Cultural Attaché Dr. Popy Rufaidah, Prof. Ellen Rafferty (SEASSI Language Director), Agustini MTESOL (Director of the Southeast Asian Language Program, University of Michigan), Rahmi Hartati Aoyama Ed.D. candidate from the Northern Illinois University who currently serves as the Secretary of the USA’s Consortium of the Teachers of Indonesian (COTI), and Margareth Secord (COTI member / independent scholar). 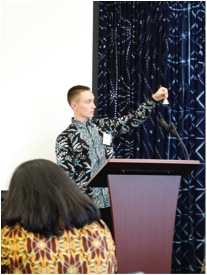 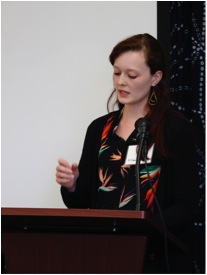 “At the 2019 National Indonesian Speech and Storytelling Competition at UW-Madison, I felt more support for my pursuit of Indonesian language learning than I’ve felt for any other language I’ve studied!” said Elisebeth Doty, who won the People’s Choice Award, “I am motivated to continue my studies and am looking forward to experiencing more and more of Indonesia’s generous hospitality and vibrant cultural diversity.”

SEASSI is part of a nationwide network of major universities in the USA that offer Southeast Asian Studies. Since its establishment in 1983, SEASSI remains the only program in the USA that provides high quality intensive language instruction in at least eight of the major Southeast Asian languages at one location during the summer. The program attracts domestic and international students and teachers. In 2019, Dr. Amelia Liwe (Universitas Pelita Harapan) was selected to coordinate the Indonesian and Javanese teaching team consisting of Nona Kurniani Norris (Johns Hopkins University), Agam Syahrial (Ohio University), Ika Hutami and Sakti Suryani (University of Wisconsin-Madison) 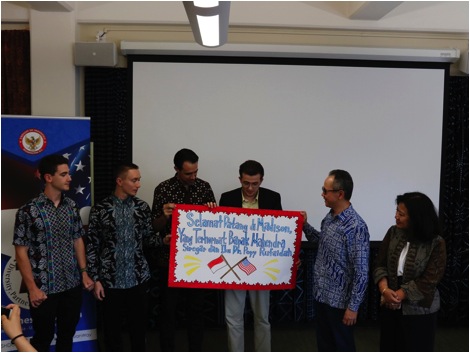 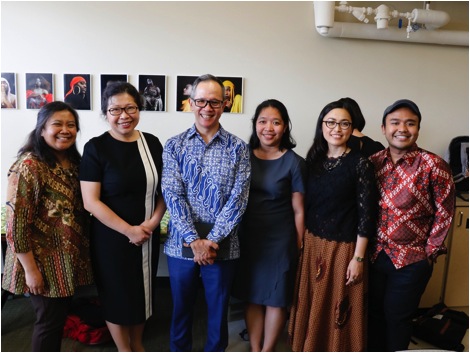 The Ambassadors with the winners of the 2019 National Speech and Storytelling Competition (Doc. COTI)