The celebration of the 71th  years of cultural diplomacy between Indonesia and the US was featured through various cultural performances in the 2020 Virtual Indonesian Cultural Night hosted by Indonesian Embassy in Washington, DC. As the event was opened by Education and Cultural Attaché, Popy Rufaidah; she expressed that the event aimed to strengthen the relation and cooperation between the two countries.

The event, which was held in collaboration with Arts and Cultural Communities in the USA orchestrated by Matt Dunning, the Executive Director of Nusantara Arts in Buffalo, New York; featured Sundanese-style Suling and Kecapi by Pusaka Sunda from San Jose, California, one of the most famous gamelan organizations in United States. 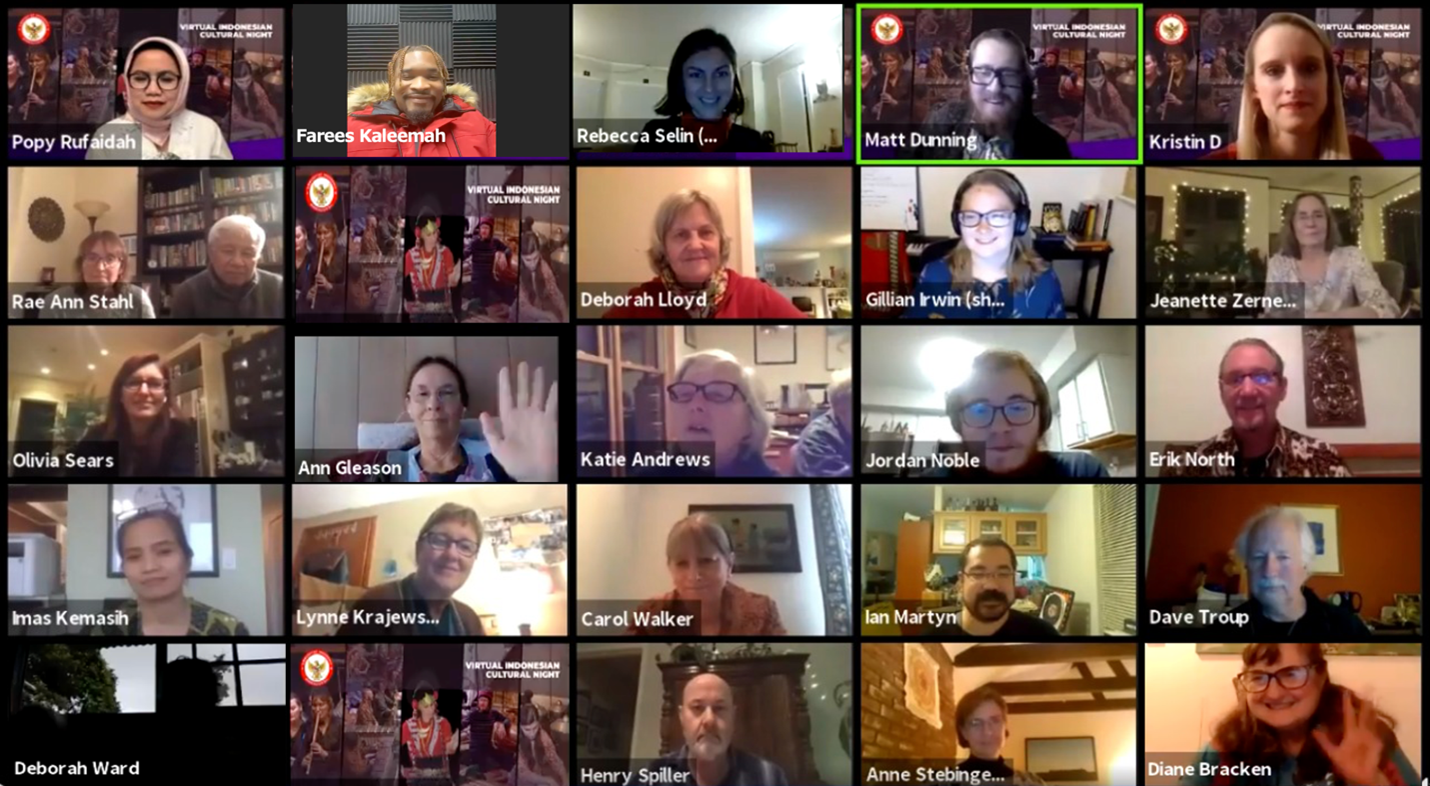 The event was even more exciting with two live dangdut performances from Kristen D singing Pamer Bojo and Farees Kaleemah singing Keramat, where the two-performer is part of the well-known group of Dangdut in America.

Gary Watson, Director of Sekaa Gong Tirta Sinar in Sydney, Australia and Prof. Een, Rector of ISBI Bandung also witnessed the event and expressed their high appreciation toward the event.

The last but not least, Balinese and Cirebonan cultural performances were presented by the two-group from California, namely, Gamelan Sekar Jaya from Berkeley and Gamelan Sinar Surya from Santa Barbara.